At the moment we are preparing the programme of the Freedom Festival 2017... 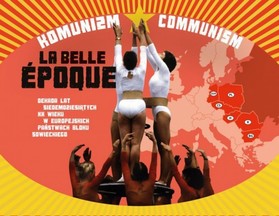 Exhibition  deals with the seventies in European countries of former Soviet bloc and is prepared by Institute of National Remembrance from Poland.

In Bulgaria, Czechoslovakia, the German Democratic Republic, Poland, Romania and Hungary, the 1970s sawthe triumph of so-called ‘real socialism’. Communist rule had stabilized its position and was winning social support in exchange for the improvement in living conditions.
The rebellious were controlled by the secret political police. The first generations born under the communist dictatorship were just entering their adult lives. The majority of those people were oblivious to other ways of life. They seemed to have come to terms with the
surrounding reality and were trying to get the most out of it. The opposition – even if it existed – was of marginal importance. And although communism was to fall in the following decade, the legend of the 1970s as a carefree era, handed down without any deeper reflection, lives on …